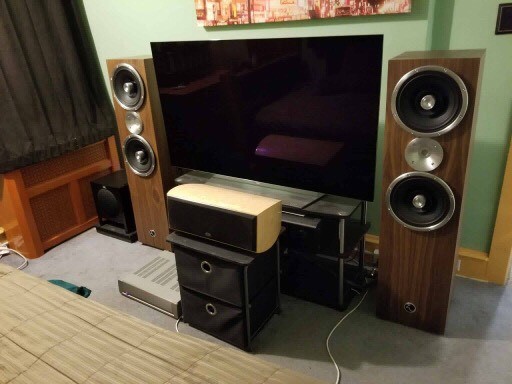 Davis Washington, who grew up in the age of digital music, proves that clean power and a high-quality audio experience are things his generation highly values

To many of us, the words hi-fi conjure up images a mustached salesman wearing a corduroy jacket, vest, and bell bottoms trying to sell someone large wooden speakers circa 1975. And the word audiophile, well, you can’t help but thing of a middle aged man tinkering away on his system in a dark basement. But studies have shown that its not just the old folks who like great-sounding music. Millennials care about a high-quality experience—whether it’s the type of razor they’re using, where their food is sourced, or, in this case, how good their audio can sound. It’s an important trend for the audio industry to take note of, as Baby Boomers move away from investing in goods like electronics and focus more of their spending on intangibles like travel and health care. 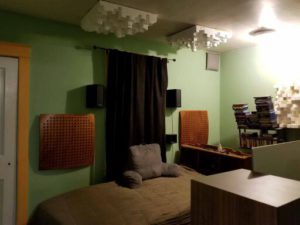 Getting that high-quality experience is another thing. Most millennials don’t actually know how good their music can sound, having grown up in the era of the digital download and streaming music. Home technology pros and AV enthusiasts know the benefits of adding power isolation to protect and maximize the performance in music and theater systems. Now, an increasing number of do-it-yourselfers are also beginning to realize how the right power transformer can increase sound quality and image fidelity in any system.

Enter Davis Washington, a millennial, lover of music, and gamer who lives in Ardmore, PA. Davis sought the best audio and video performance for his home system, so he turned to Torus Power. He had a somewhat limited budget, limited space, and modest power requirements. Initially, he had purchased another brand of power transformer, but when he plugged it in, there was a noticeable hum in his speakers. Then he discovered the modestly priced and small footprint Torus Power TOT Mini and realized it could solve the problem by delivering clean, isolated power to the system. “I installed the TOT Mini, and the hum is gone,” says Davis. “The Torus Power transformer is silent.”

In addition to eliminating hum, the unit provided significant improvements in sound and video quality in his home entertainment system. “It’s easily one of the best purchases I’ve ever made,” he says. 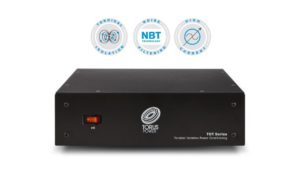 The TOT Mini serves as the perfect entry-level Torus Power unit for smaller, professionally installed projects or for do-it-yourselfers on a budget.

The TOT Mini serves as the perfect entry-level Torus Power unit for smaller, professionally installed projects or for do-it-yourselfers on a budget. Rated at 7 amps, it includes many of the same features as larger Torus Power units, including the proprietary Toroidal Isolation transformer with Narrow Bandwidth Technology (NBT)—a filtering system that removes noise and harmonics from the incoming power lines to protect equipment and achieve maximum performance.

Hi-fi has been a passion of Davis’ since he was 11 years old. He had the unique opportunity to begin engineering systems semi-professionally in his teens working in his grandfather’s hardware store. Since then, music—and evoking the best auditory experience from hi-fi systems—has become Davis’ driving goal, whether he’s playing Gran Turismo, watching movies, or streaming hi-res audio on his PC through Tidal.

This project is a continuation of Davis’ growth as a hi-fi enthusiast. The 21-year-old built his AV system as a labor of love, and wants to get the best performance from all of the components. He paid close attention to the audio aspects in particular. “It surprises me that more gamers don’t pay attention to the audio quality,” he says. “Graphics are great, but gameplay and music are at the top of my list… I always remember the emotion and feeling of the music in my favorite games.”

Clean Power, No Noise in the Lines 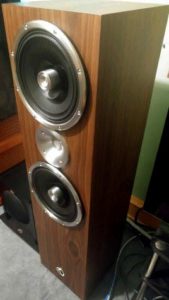 Davis’ 5.1 surround home theater system includes Zu Audio Omen Def Mk.11 front speakers, KEF Audio speakers for the center channel, and a REL T3 subwoofer, along with a Parasound Halo A23 power amplifier and a NAD t748 v2 AVR receiver. The audio system can run in a 2.1 or 5.1 configuration depending on whether Davis is listening to high-resolution audio, watching a movie, or playing a game.

In the two-channel configuration, the system uses a Wyred 4 Sound DAC-2 DSD with the Parasound amp; four RPG diffusers on the ceiling helping to dampen reverberation in the small, rectangular room, while the TOT Mini enables each of the audio components to shine, with no system noise or buzz to distract from the experience. Davis found that, in addition to reducing hum, the TOT Mini also added depth and height to the soundstage itself. “There’s a lot more low-level detail, a more transparent, immediate, and holographic 3D soundstage, with more soundstage height and depth in the high-resolution audio format,” says Davis. The TOT Mini enhances these characteristics, further lowering the noise floor and giving even more depth to the listening experience. “All of my music sounds so much different—better—than how I remember it,” he says. “It resembles a live performance.”

It is not just the audio system that represents best-in-class components and careful tuning. Davis has a 55-inch LG EF 9500 series 4K OLED with HDR for TV, movies (played on a Samsung UHD Blu-ray player) and gaming. The system was professionally calibrated by Jeremy Kipnis of Kipnis Studio Standard. Thanks to that expert calibration the screen looked lifelike and reproduced true colors, presenting exceptional image quality even before the TOT Mini was added. However, with clean power flowing into the system, Davis saw a marked improvement. “It looks even better now, with clean power delivered through the TOT Mini,” he observes. “Blacks are blacker, and the colors really pop.”

For gaming, the system is equipped with a PS4 Pro, a PS3, and a Nintendo Gamecube. Davis wants to add an Xbox One X, too—just one of many planned upgrades to the system.

Planning for the Future: A Torus Power RM 20 and More

As with many audiophiles, Davis says his system will never be quite “done.” He intends to level up the two-channel components with AURALiC MERAK Class D monoblock amplifiers. Then there’s the most highly anticipated upgrade on his list: a Torus Power RM 20.

“I’d like to set up the main system with the larger RM 20, and then just have my TOT Mini run the Monoblocks since they are switching amplifiers. I don’t want that noise in the other components. Or,” he muses, “I could connect the TOT to the TV and use the RM 20 to deliver clean power to the audio system.”

Whatever configuration he chooses, it is clear that Davis’ system will continue to grow and improve as he invests in these upgrades. And his selection of a TOT Mini stands as a powerful testament to the versatility of Torus Power products in any application where performance matters. “Once I experienced the difference clean power makes in the performance of my system, Torus Power gained a customer for life,” he says.