What is Narrow Bandwidth Technology? (NBT) 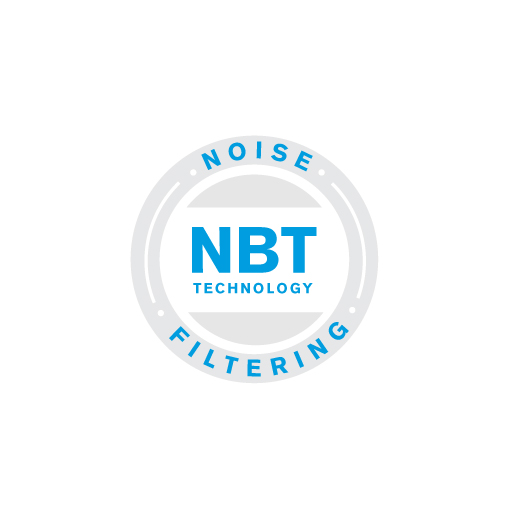 Narrow Bandwidth Technology (NBT) is transformer based filtering system that removes noise and harmonics from the incoming power lines that protects your equipment and ensures it is supplied with clean sinusoidal power to achieve it’s maximum performance.

NBT  harnesses the transformer’s inherent L, C, and R components as a tuned low pass filter, and requires no other external components to attenuate unwanted noise from the mains.

This patented technology gives the transformer the ability to dampen distortion on the line due to harmonics and spikes. It is very effective for attenuating high and high frequency signals whether the origin is on the line or generated due to asymmetrical loads. NBT can be adapted to most transformer-based power applications.

NBT transformer design carefully balances the inherent inductance, capacitance, and resistance characteristics of the toroidal transformer, enabling the transformer to act as a very effective low-pass filter. No other external components are required. This technology eliminates series inductors and filter capacitors in the primary circuit.

Noise on the Power Lines

The mains of the world were constructed as a giant copper causeway to transport electricity from the   generating station to our homes and factories. Today’s problems on the mains were unknown a few years ago, when power grids were expanding all over the continent. No provision existed to carry frequencies that are thousands of times higher than the fundamental power bandwidth.

A new form of pollution envelops us from within our walls and is interfering with the operation of our appliances and our lives. Uncontrolled harmonics can diminish the life span of equipment and accelerate failures; can cause excessive heat in many appliances, leading to shock and fire hazard; and can increase power consumption and reduce system efficiency. Most insidiously, these harmonics can propagate through the power grid and infect everyone in the neighborhood.

At higher frequencies, switching transients appear from rectifiers, motor drives and other sources. In addition, at frequencies above 50 kHz, strong HF signals from radio, TV and computers are superimposed on the line and appear across the primary winding of a transformer. These extra signals, called noise or distortion, appear in two ways on the power lines. 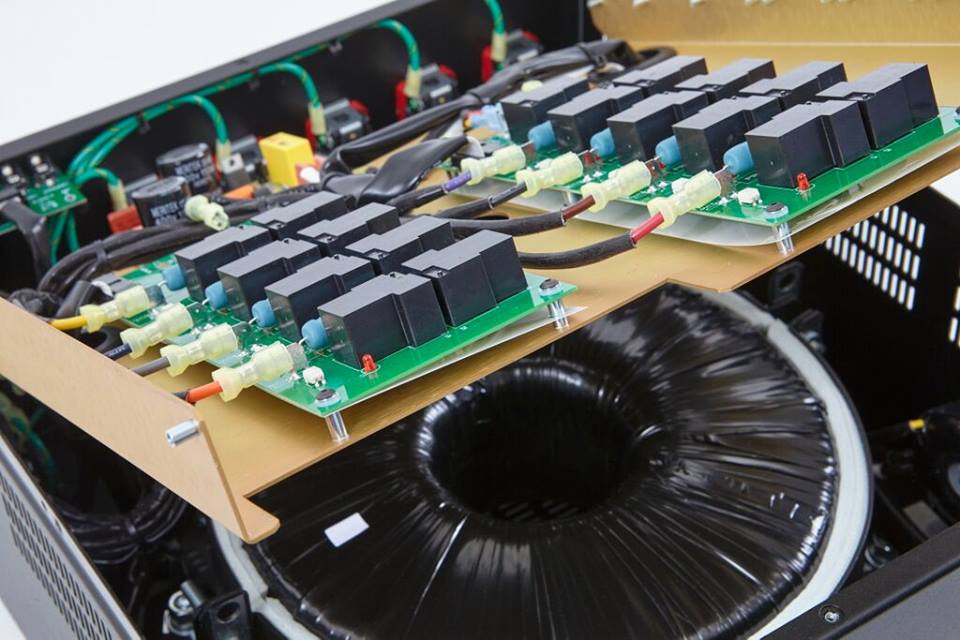 Torus Products are powered by a Plitron NBT transformer. 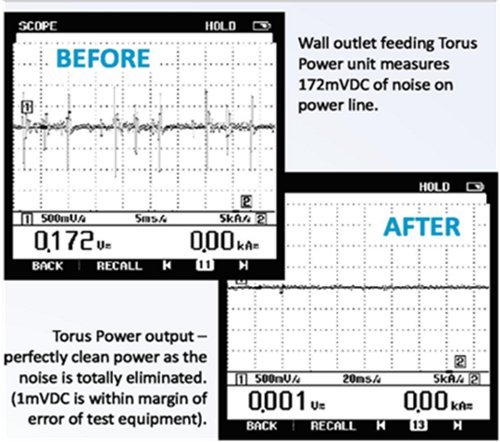 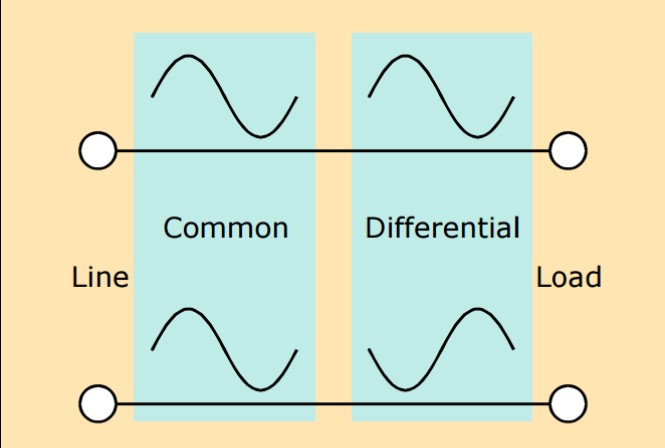 Why is dirty electricity being generated at the power station?

This is a common misconception. The power leaving the plant and fed into the power grids is clean, green and sinusoidal. 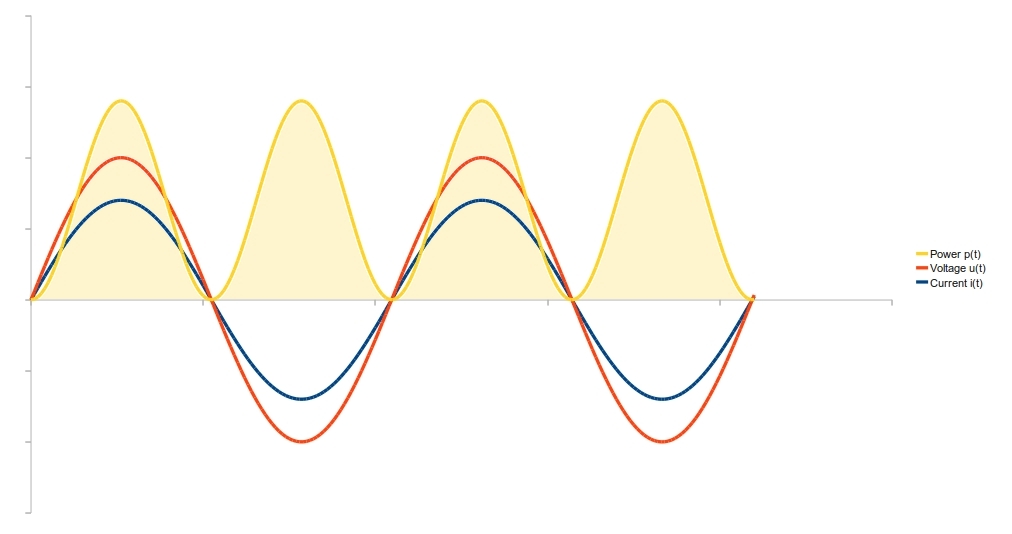 At a utility power company’s generators, the shapes of the current or voltage waveforms are very close to a perfect sine-wave of one frequency e.g. 60Hz, with low distortion.

We must look elsewhere for the source, not to the generation of power. The harmonics generated downstream can find their way back onto the utility lines and affect all power users on the system, and ultimately adversely affect the operation of utility and distribution power transformers all down the line.

All loads in common with the transformer secondary share the effects of the harmonics—so it’s a community issue. Your power quality is the sum of every user between you and the generating station.

The Power grids were never intended to carry harmonic rich content, nor are they totally capable without consequences. Chips don’t malfunction, they fry. 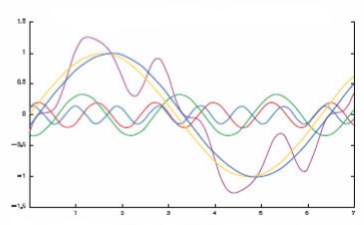 Historically speaking, our power grids were constructed in a pre-digital era, and engineered to transmit 60 Hz sinusoidal electricity from the generating station to the user. They were never designed and are ill equipped to carry the distorted signals imposed by modern electronics.

For the first three-quarters century or so, the predominant use of electricity for commercial and residential was to power motors, lights and heating devices. These loads were linear in nature, and had little effect on quality of the 60Hz delivering waveform.

Then as power demand increased to large industrial users as steel mills and aluminum smelters to drive non-linear arc furnaces and other heavy duty equipment, the current was no longer directly proportional to the voltage. Loads of this nature generate waveforms that are multiples of the normal 60 Hertz sine wave, and called ‘harmonics’ when superimposed on the base waveform. ‘Harmonic distortion’ refers to the entirely different shaped non-sinusoidal waveform created by harmonics in combination with fundamental.

What was once considered a problem for a small number of heavy industrial users, has increased to global pandemic proportions and now conceivably every urban power outlet is plagued with destructive demon harmonics.

In the last 40 years, there has been an explosion of microprocessor based equipment which are also non-linear loads. Examples include computer systems, variable frequency drives, AC/DC converters, electronic ballasts, X-ray machines, MRI equipment, uninterruptible power supplies, and the list goes on. All of these devices generate harmonics which are fed back into the power grid for all to share.

The effects including malfunctioning of microprocessor-based equipment, overheating in neutral conductors, transformers, induction motors, deterioration or failure of power factor correction capacitors, erratic operation of breakers and relays, pronounced magnetic fields near transformers and switchgear – virtually every electronic product is adversely affected. On an industrial, commercial or residential scale the effects of harmonics are becoming a severe but hidden catalyst resulting in equipment failure, expensive downtime and low-efficiency power utilization. As technology moves forward, processing speeds are increasing at a fast rate.

The clock frequencies and ultrahigh speed operation of today’s electronics would seem like science fiction to engineers a few decades ago. High harmonics interfere with switching frequencies, and the amalgamation can be catastrophic for sensitive electronics.

But because of the high clock rates associated with microprocessors and the high switching frequencies from switching power supplies, PCs and other equipment are guilty of generating and kicking back massive amounts of distortion into the line. Ironically, the same equipment that generates this distortion demands clean power to operate.

Today’s digital electronics needs a reliable supply of clean power to ensure longevity and functionality in a world of harmonics. Power conditioning unfortunately is no longer an option, but constitutes a necessity on our microprocessor driven planet.

What is the source of those nefarious power harmonics? Where do they come from?

A nonlinear load draws current in a non-sinusoidal manner, despite the fact the voltage may be perfectly sinusoidal.

At higher frequencies, switching transients appear from rectifiers, motor drives and other sources. In addition, at frequencies above 50 kHz, strong HF signals from radio, TV and computers are superimposed on the line and appear across the primary winding of a transformer.

Nonlinear loads draw current during a portion of the incoming voltage waveform, not continuously as with a light bulb. Current is drawn in bursts or planned abrupt pulses, as required by the product. The result is distorted current wave shapes, the harmonic content of which can flow back and contaminate other parts of the power supply.

Harmonics and the resulting harmonic distortion are a constant repetitive occurrence within a product. Sometimes transients on the line are confused with harmonics, but they are not the same. Transients typically are not related to normal operating conditions and are a random occurrence with no  repeatable time signature or frequency.

How do harmonics affect the life and operation of electronic products? Why should I Care?

Why should I Care?

Under situations of rich harmonics, product life is shortened and early failure will result. Problematic harmonics for commercial and industrial sites are the always dreaded third, fifth, seventh, eleventh and a few other assorted odd numbers. Within the affected site, other harmonic-induced problems will be experienced, such as electronic equipment shutting down as a result of voltage distortion, nuisance fuse interruptions, motor failures due to overcurrent caused by undervoltage, and various other destructive, mysterious equipment anomalies.

Modern electronic equipment depends on a low-distortion voltage supply to operate to spec, and there is high sensitivity to fluctuations and transients. In addition,  large pulsating currents can cause flat topping of the voltage waveform. Noise can be introduced into susceptible cables or other components from high-frequency circulating currents, causing havoc with microprocessors and other sensitive components.

On a smaller desktop scale, the problems of an uncontrolled harmonic-rich environment manifest themselves in other ways. Our focus will be on desktop and household scale. Electronic equipment is sensitive to noise entering through the power line. This unwanted noise may affect the product in many ways, including performance degradation and malfunctions. The problematic harmonics for computers and equipment are higher in frequency than those that plague power systems. When dealing above 100 kHz or so, we would refer to them in terms of frequency rather than harmonic number, so the terminology would speak of a 5-MHz component and not the Nth harmonic.

External Line Filter – The most common solution is the installation of an off-the-shelf line filter. External line filters are installed in series with the primary circuit, and thus must carry the full primary current (load current passing through the inductors ). Therefore, there may be some power or performance limitation imposed by current handling capability of the series inductor as it must grow in size, weight and thermal dissipation to accommodate higher power devices.

K-Transformers – Another common solution is the use of K transformers, typically utilized in higher power industrial applications. Basically, a K transformer is a transformer built with any excessive temperature rise calculated strictly on I^2 R losses. It is more designed as a means of withstanding the onslaught of high harmonics, rather than a means to eliminate or attenuate them.

Balanced Power – Balanced power uses no external components to achieve filtering,and makes clever use of offsetting characteristics of a precision designed and wound power transformer.  Noise attenuation is achieved through phase cancellation of precisely offsetting wave shapes, with the center tap is tied to the system ground, which is used for the discharge path.

One intrinsic concern in a balanced power configuration is the creation of a local elevated system ground at 60 V (center tap of 120-V winding), which necessitates electrical isolation from all standard 0-V ground points.

The corner frequency for noise attenuation is 2 kHz with an attenuation rate of 12dB/decade to 500 kHz. Another important advantage of NBT technology is the elimination of external filters, such as capacitors, and other components that can fail over time.

The applications of NBT in power supply transformers are various. A good example is audio applications, where it is important that differential high-frequency noise not enter sensitive audio equipment. 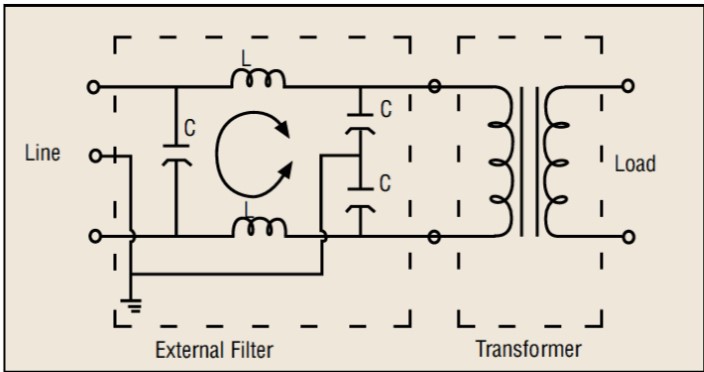 External line filters are installed in series with the primary circuit, and thus must carry the full primary current

Balanced Power uses a primary center tap to tied to ground as a means of noise reduction.

NBT circuit with standard construction. No series inductors or ground capacitors are required.

To verify the performance of the NBT transformer and observe its advantage over other transformer designs, frequency response tests were carried out and the results are charted. The primary of the transformers are fed by an oscillator and the voltages of the primaries and the loaded secondaries are measured at frequencies, ranging from 50Hz to 1GHz. The ratio of the secondary to primary voltage, in decibels, versus frequency is plotted for each transformer. Four different toroidal transformer constructions were compared – 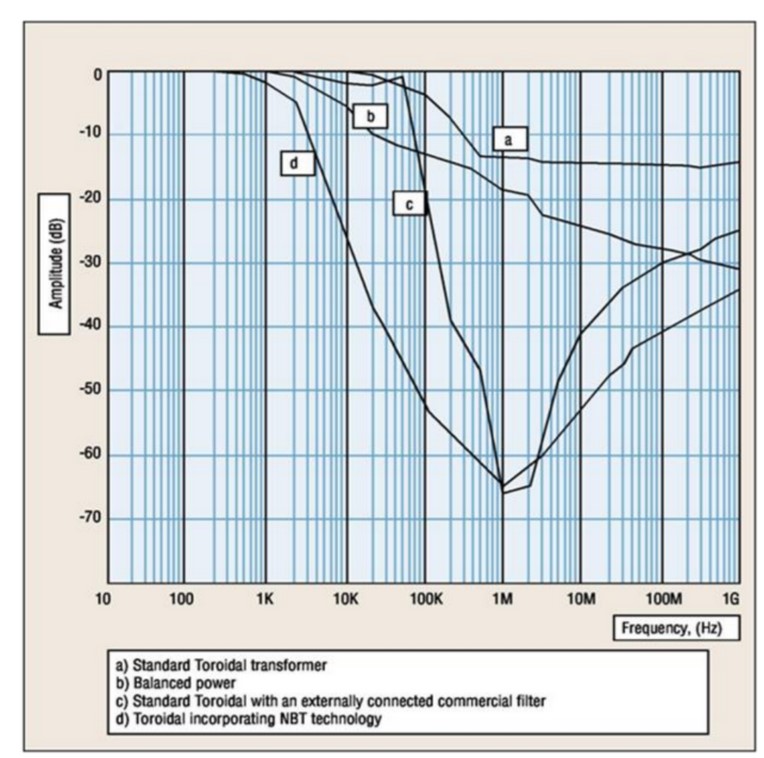