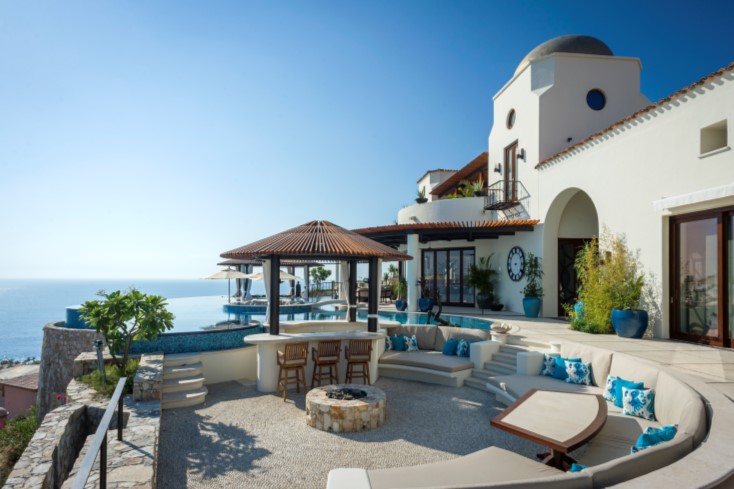 The crown jewel of Baja, California, is devastated by a hurricane, but rebuilt to exceed its original technological splendor.

EH Staff • January 29, 2016 – Reprinted from Electronic House Magazine – This incredible home overlooking the Gulf of California in the Palmilla Development of Baja, Calif., took three years—from 2005 to 2009—to build. The home systems integration firm Fulkra, of Orange County, Calif., was involved in construction of the home as the original low-voltage contractor.

Five years after its completion, in 2014, the custom-built house was hit by category-four storm Hurricane Odile. Despite the fact that the house had been reinforced with hurricane shutters, Odile devastated it. Fulkra, which operates satellite offices in Cabo, was called back to assess the damage and rebuild, this time with a system that was even more stunning and technologically advanced than the first.

“We turned disaster into an opportunity to give this homeowner an even more amazing system, and therefore executed a lot of upgrades on the house,” says Nathan Flowers, marketing manager at Fulkra. The first order of business was to address the home’s vulnerability. “We installed new category-five hurricane shutters to make sure this wouldn’t happen again.”

The team also used a Torus Power All-In-One Panel Wall Mount Power Isolation Transformer to automatically regulate voltage and offer series mode surge suppression. Because the transformer isolates the equipment from the power supply, damage from a sudden spike—like those occurring during a hurricane—won’t be a a threat.

Unfortunately, there was hardly anything salvageable aside for the home theater, which was left intact, the interior wiring, the home’s structural elements, and the pool speakers. The majority of the interior displays and TVs were destroyed or heavily damaged. Fulkra installed all new Samsung LED models, and upgraded the display in the home theater to a 98-inch 4K LCD Planar display. Fulkra chose this option because the homeowner is very tall—a ceiling-mounted video projector would have been in the way. 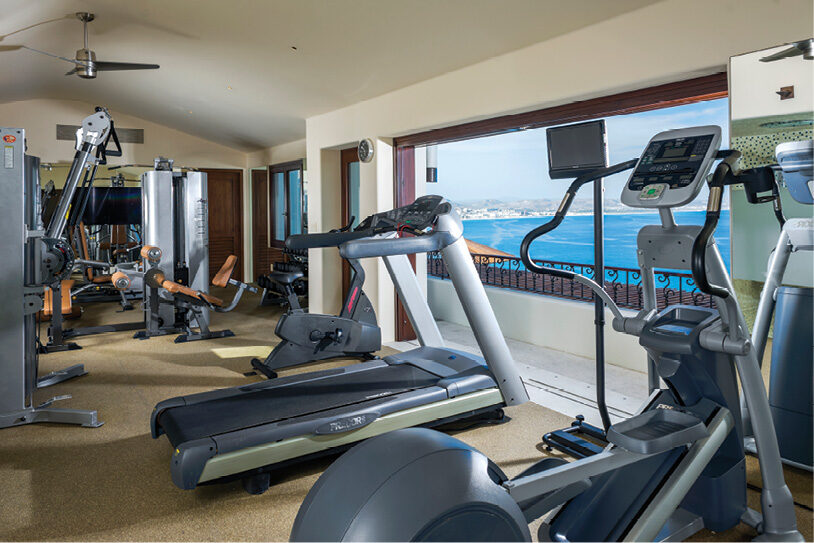 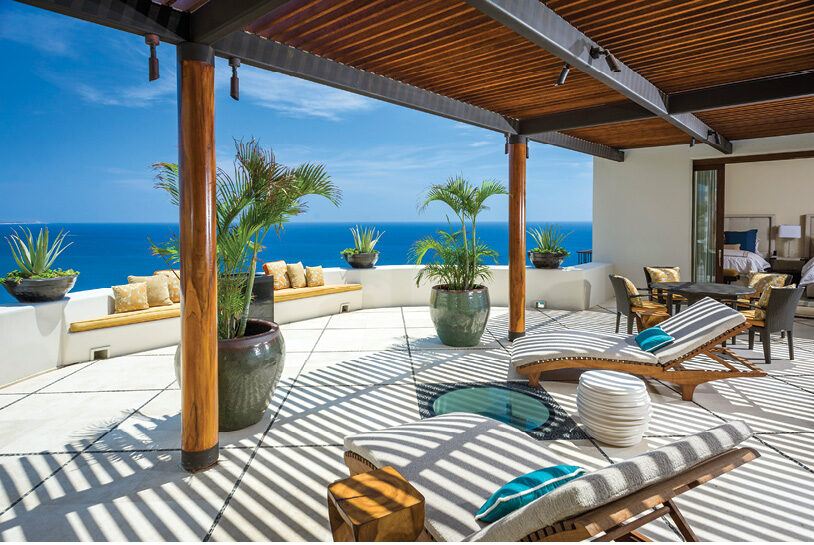 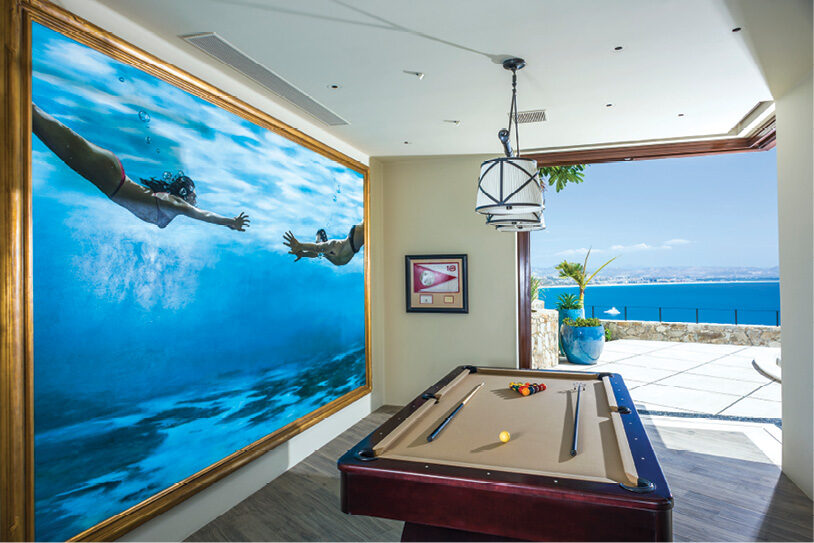 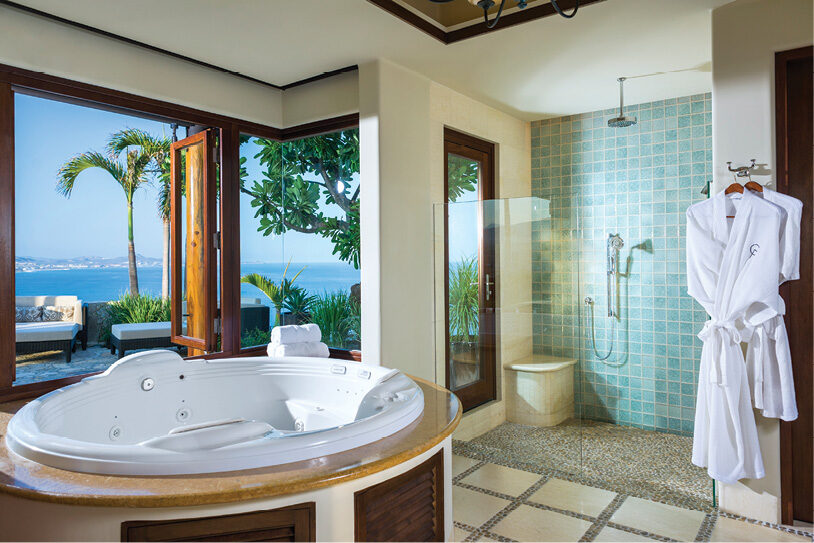 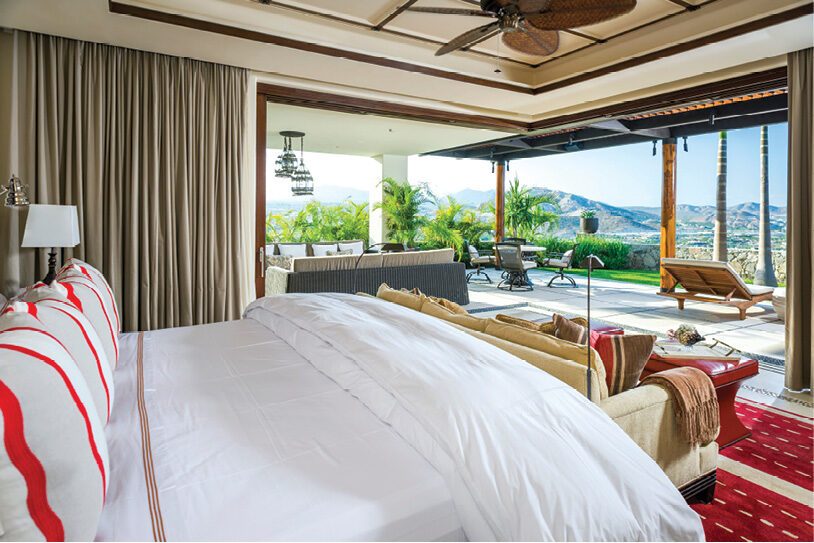 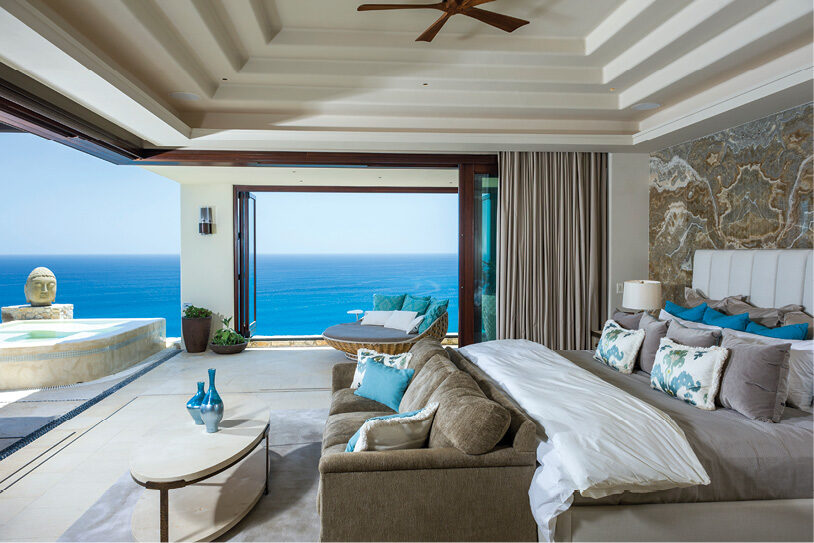 width=”100%
The homeowner is in his seventies, but his lifestyle is that of a 20-something. He throws lavish parties by his 2,200-square-foot pool, where there is also a barbecue area, a sunken living room, a swim-up bar, sunken firepit, and amazing patios all along the house. Because he loves to crank the music for parties, loudness and power were top priorities. To achieve this goal, the Fulkra team added 13 8-inch Sonance in-ceiling speakers, four 8-inch rock speakers around the landscape, a pair of in-walls, and two dual 12-inch subwoofers, plus another custom subwoofer ported through the side of the barbecue, all driven by new 2,000-watt Crown Audio amplifiers. “Now the client gets complaints from the Palmilla Resort, which is two miles away!” says Flowers. Luckily, Fulkra also designed the technology in the house next door, so the neighbors can hardly complain.

For the rebuild, Fulkra added a Savant home automation system, which is an upgrade from the original system, and the homeowner loves it even more. “With Savant, the homeowner can see a picture of the room or space. So if he is controlling the pool, he will see an actual picture of the pool,” Flowers explains. “This really connects the homeowner to the technology and makes him feel more comfortable.”

In fact, one swipe on an iPad running the Savant app, and a large 60-inch SunBrite TV seems to rise up from the cliff itself, allowing the homeowner to entertain when desired, but maintain uninterrupted views if not. “We thought the customer was joking when he said he wanted a TV to come up from the side of the cliff, but he wasn’t,” says Flowers. “There was a short wall by the sitting area that we had to actually build out using custom lift materials. But it was worth it. It’s really a sight to see when the display comes into view.”

Of course, convenience features abound on this special property, as well. There are 250 Lutron HomeWorks lighting zones, 15 rooms with motorized shades, six fire features operable from the Savant system, and more. With one finger swipe on the Party mode icon, the homeowner can create an instant high-energy party scene, as the lights brighten and dim to predetermined levels, the firepits activate, and music from XM/Sirius Chill plays through the home’s speakers at just the right volume level. The system is so easy to use, even guests or the live-in housekeepers can handle it.

A luxurious design combined with a bevy of smart home technology make this home “truly one of a kind,” adds Flowers. “Almost every element of the home is custom and executed to an extremely high level. The technology is cutting-edge, and you have 270-degree views of the Gulf of California.”

What more could you ask for? EH