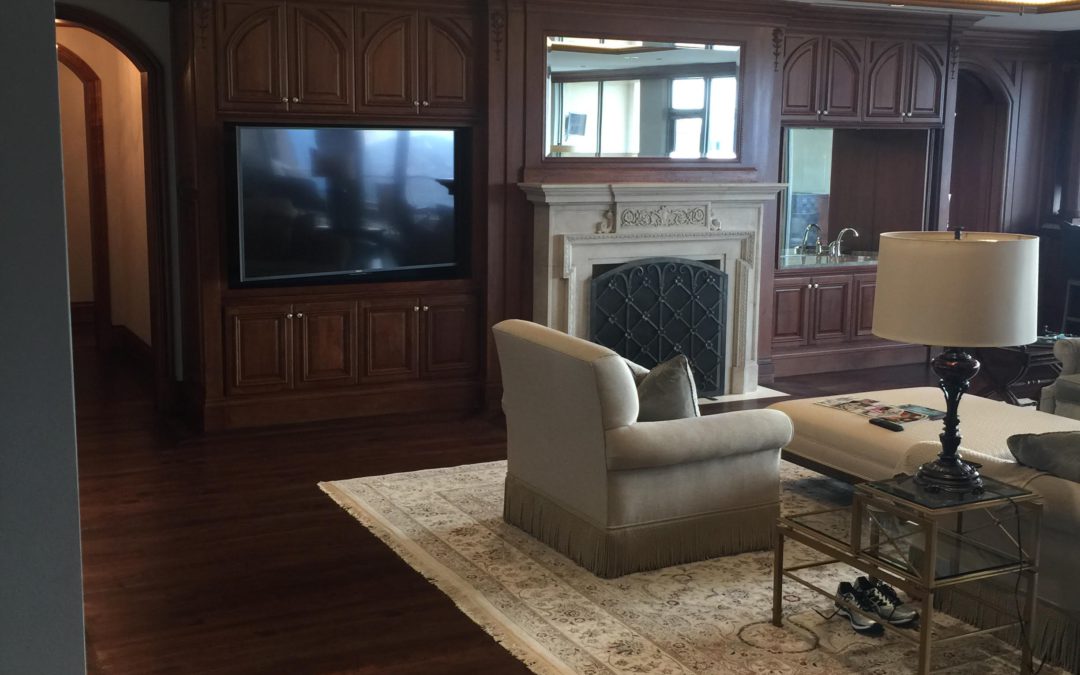 The homeowners at The Residences at the Stoneleigh, an upscale condo complex adjacent to the lively neighborhood of Uptown, Dallas, have the luxury of designing their ideal floorplans and stocking their new apartments with the latest in audiovisual equipment. From Sonos distributed audio systems to full Crestron control, the residents can take advantage of state-of-the-art technology to make their “custom homes in the sky” everything they dream of coming home to.

But when it came to their high expectations for the technology, many residents didn’t factor in two variables: a highly unreliable Dallas grid that feeds less-than-ideal power to area residents, and ongoing construction of the unfinished units in the 22-story skyscraper, creating further power complications. 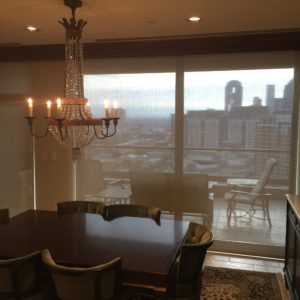 Enter Dallas custom integration firm and dealer Elliston Systems & Design, who installed the audiovisual systems in seven of the condominium complex’s units. Elliston systems designer, Trey Segner, who worked with Camron Collier, lead technician, and owner Steve Elliston, on the project says the company has fielded dozens of service calls from their Stoneleigh clients to troubleshoot systems or re-boot routers after power outages, surges, and brown-outs. But, the dealer has seen—and fixed— the worst of the residents’ power and technology issues.

“Dallas is pretty notorious for dirty power,” says Segner. “It’s not really clean, and it’s not usually the right voltage, varying by as much as 10 to 15 volts.”

All the homes in Stoneleigh use AT&T U-Verse as their Internet provider. Elliston Systems installed a Ubiquity router, switch, and access points for the network in each unit. Segner says Elliston techs have gone out to the other units at least 10 times each to troubleshoot after the network went down. “We go in and the wiring is fine,” he says. “We have to call the service provider.”

However, one set of homeowners has never had to call the dealer for service; “Out of the seven units where we’ve installed systems, only one elected to spend the extra money on a Torus Power Toroidal Isolation transformer.”

Interestingly, this 4,000-square foot condominium also has the most complex technology systems, with a Crestron CP3 processor to control distributed audio, video, lighting, and shading throughout the house.

He continues, “The network is constantly up and down—and so is the power. Because all the boxes are IP-based, as soon as the building receives less than the ideal voltage, the technology doesn’t work, either. However, we haven’t had a single phone call from the one unit where they spent the extra money to install a Torus Power unit. I don’t see it as coincidence that in this particular home—the one with the AVR2—we haven’t had any of these issues.”

These smart homeowners, a semi-retired couple in their 60s who split their time between their Dallas condo and another home, opted for the highest quality across the board. The main living area features a Marantz surround sound system with a custom James Loudspeaker sound bar, Revel in-ceiling speakers, and a 12-inch James ported subwoofer, along with a Sony 4K Ultra HDTV. Another large screen hangs in the kitchen, where the wife likes to watch Netflix while she cooks. The rest of the home uses Revel in-ceiling speakers for distributed audio across five separate zones.

Control is accomplished via a choice of two Crestron TSW-1052 on-wall touchscreens or the homeowners’ iOS mobile devices using the Crestron app. Elliston also provided handheld Crestron remotes for each of three TVs.

The Torus Power AVR2 sends clean power to all the AV and control equipment, including a Lutron lighting system and Crestron-controlled shades. “Whenever the couple comes home—even if they’ve been staying at their second residence—everything just works,” says Segner. “They don’t have to think about it.”

The transformer’s automatic voltage regulation eliminates issues caused by power dips, sags, or even full-fledged outages caused by the notorious variable power grid in Dallas or from the ongoing construction in the condominium complex. The AVR2 delivers a steady 120 volts of clean power, minimizing fluctuations to protect delicate audiovisual and networking equipment.

In addition to providing a seamless technology experience, the Torus Power unit significantly lowers the noise floor on the audio system, enhancing the sound quality of the Autonomic Mirage Media Server streaming music system. “The homeowners really enjoy their music, and they listen to a broad variety. You can hear the difference compared to the audio systems in the other condo units,” says Segner. “Between the high-end luxury loudspeakers and the Torus Power isolation transformer, the investment paid off.”

Likewise, when the couple relaxes to watch a movie or a Netflix original series, there’s no buffering and the video comes to life with improved visual fidelity on the 70-inch 4K Ultra HDTV.

With this condo as living proof of the improvement provided by the Torus Power AVR2 isolation transformer, Segner looks forward to upgrading other homes in The Residences at the Stoneleigh with Torus Power units. “If it were my home,” he says, “I would put the extra money in to protect my equipment – and my sanity.”

When elegant architecture and high quality construction meet state-of-the-art AV with proper power protection, the result is a Dallas dream-come-true for those seeking a luxury lifestyle.